The foundation’s mission is to make mental health a priority by increasing understanding and access to care and providing the tools required to develop positive mental health for those who need it most.

“The Saks Fifth Avenue Foundation is committed to increasing awareness of mental health in every community and improving access to valuable tools and resources,” said Marc Metrick, president of Saks, adding that the windows are aimed at igniting discussion about the subject.

To bring the windows to life, Saks partnered with Fountain House, a community-based model for people living with mental illness, and Crisis Text Line, which provides free, 24/7 confidential support for those in crisis. The windows showcase the artwork of Fountain House Gallery artist Osvaldo Cruz. Known for “graffiti” pieces that feature large lettering in the bright and gritty colors of New York City streets, Cruz, who works with spray paint, creates cloud-like, dreamy works in pastels. His work in the windows, “We Are Not Alone,” speaks to the difficulties of living with mental health issues and was the name of the original founding group of Fountain House. 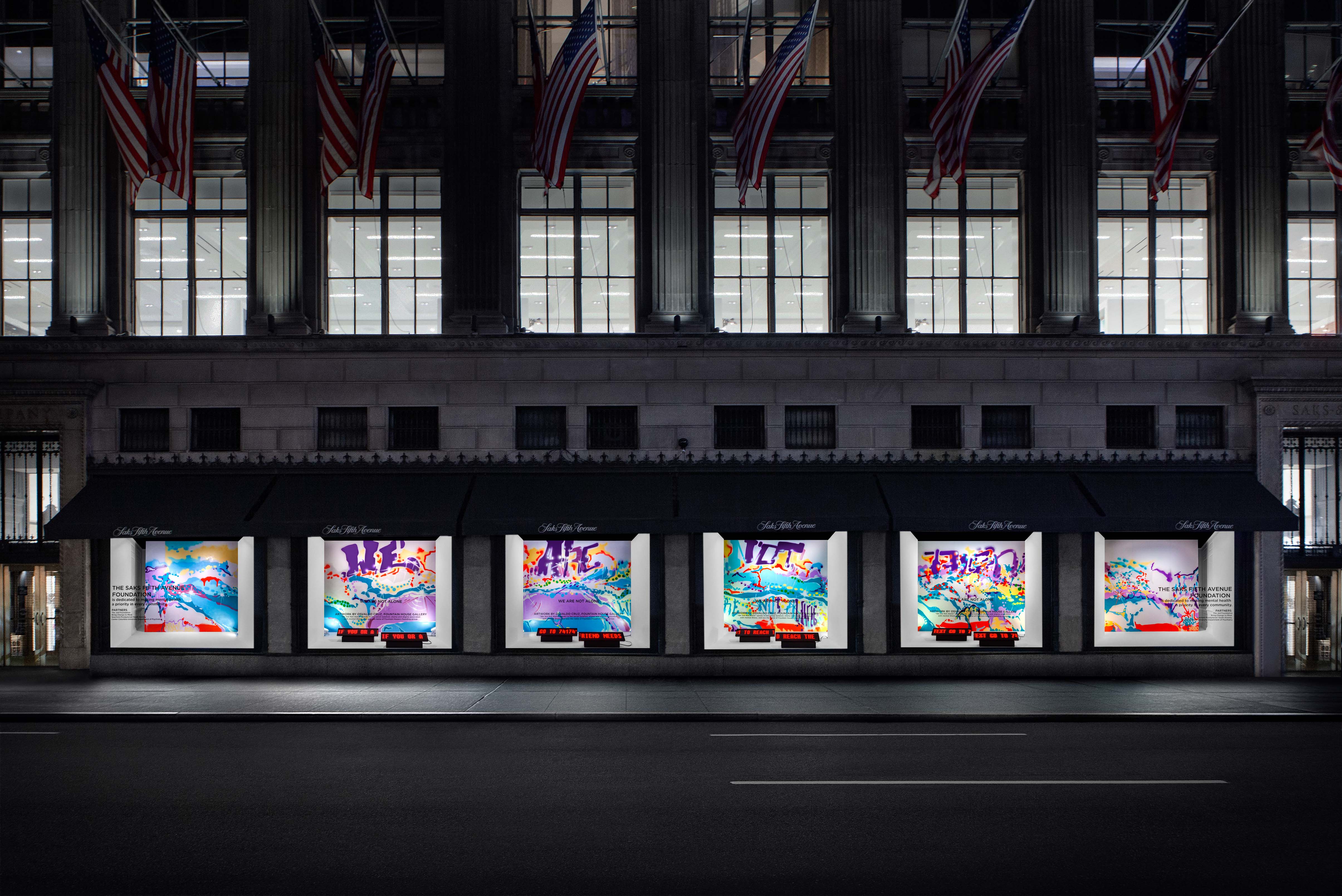 The windows will remain up through March 2, and the retailer will host a foundation fund-raiser on May 13.

Fountain House has more than 300 affiliated programs that serve more than 100,000 people in the U.S. and in more than 30 countries. The community-based model helps people living with mental illness to overcome social isolation and build the community and resilience needed to thrive in society.

Since the Saks foundation’s founding in 2017 (originally the HBC Foundation in the U.S.), Hudson’s Bay Co. has invested more than $3 million in U.S. mental health initiatives and reached almost 2 million individuals through awareness on mental health issues. The retailer has supported programming in nearly 50 high schools and colleges to help promote positive mental health outcomes. It has also funded two research and treatment institutions. In addition, Saks has created an internal Mental Health Ambassador program and hosted mental health awareness.

Ashwin Vasan, M.D., Ph.D., president and chief executive officer of Fountain House, said, “Fountain House is proud to partner with the Saks Fifth Avenue Foundation on this incredible opportunity. Providing such a vibrant public platform for an artist living with mental illness in the creation of these displays shows the depth of commitment Saks has to changing the conversation around mental health. As nearly one in five U.S. adults experience mental illness and as rates of addiction and suicide skyrocket, we need more leaders like Saks — across multiple industries — to partner with us to bring mental health challenges out of the shadows once and for all.”